NT's East MacDonnell Ranges is one for the books!

In part two of our three-part series looking at some of the Red Centre's best walking trails (click here for part one), we showcase the timeless beauty and rich cultural history on the East MacDonnell Ranges - the West Macs’ sister from the east, 150km from Alice Springs. 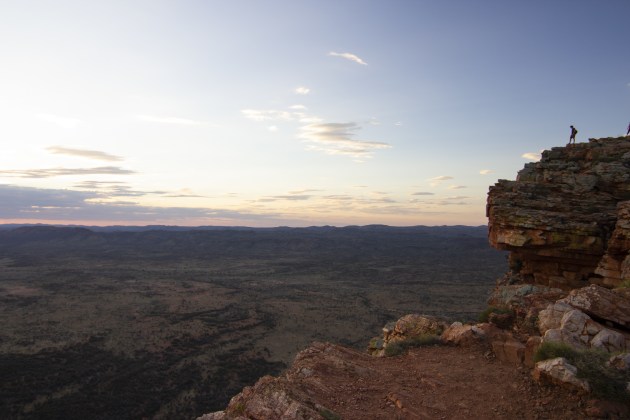 Alice Springs surrounds as seen from above. Tourism Australia/Allan Dixon

To get there you'll want to hire a 4WD or join a tour (we recommend Alice Springs Expeditions) because 75km into the national park the road gets too rough for the 2WD. Bring your camping gear and stay a few nights at some of the Red Centre’s less crowded scenic spots – from gaps, gorges, geological formations, and Aboriginal artworks.

Trephina Gorge is a favourite but pop by the Emily and Jessie Gaps and the N’Dhala Gorge on your ‘to-do’ list whilst there. As for walks, here are three of our favourites.

Yeperenye Trail, 16.4km return Officially opened mid 2021, this shared walking and cycling track follows the contour of the East Macs range and takes you to both the Emily and Jessie Gap. Both sites are spiritually important to the Arrernte people. Check out the Aboriginal rock paintings at Emily Gap that tell the story of the Caterpillar Dreaming, describing how Alice Springs was formed. 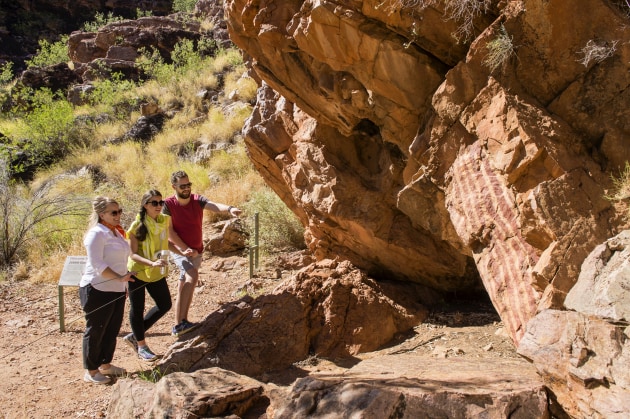 Further along is Jessie Gap, another Aboriginal rock art site with interpretive signage along the way. The walk also takes a look at other rock formations up close, with views over the lower areas to the south. You can start from either the Emily or Jessie Gap carparks or arrange for a pickup on either end for a shorter end-to-end walk. The trail is also cycle-able for beginner mountain bikers – just remember to give way to walkers and people in wheelchairs.

Trephina Ridge top Walk, 18km return The hardest trail out of the six on offer in Trephina Gorge Nature Park. The walk starts from the Trephina Gorge Campsite and takes you up on top of the gorge before ending at John Hayes Rockhole Campsite. The view of the rugged ranges gets more and more superb as you ascend, before the trail sends you down a steep descent to the creek.

The trail meets up with the Chain of Ponds Walk before giving you a choice to John Hayes Rockhole: 1. Easy trail or 2. Rock hopping through the Rockhole (is there even a choice?!). Once at the carpark, make your way back to Trephina Gorge via flat dirt road. You can start your walk on either end depending on where you're camping – both campsites are great - or walk it one-way by arranging a pick-up on the other end. 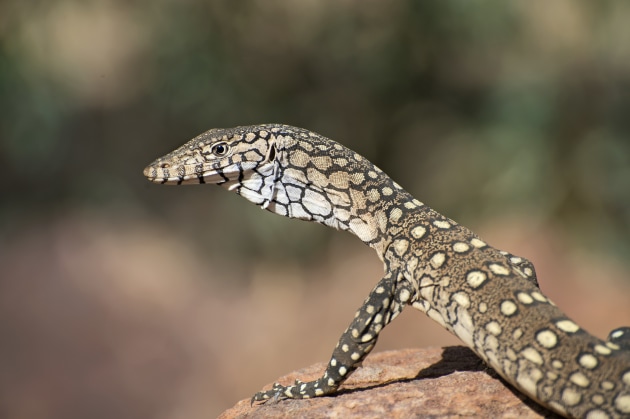 N’Dhala Gorge Walk, 1.5km return The adventure begins even before the walk starts with an 11km 4WD to the main campsite. The 4WD track crosses the Ross River several times, which can be impassable after heavy rain. The walk itself is short and moderate that takes you from the campground and leads you into the gorge and back.

The gorge is home to 6,000 prehistoric petroglyphs (rock carvings) which you can view along the trail, some with signs interpreting the carvings. There’s a fun rock hopping section at the end of the trail and some impressive rock formations along the way. There’s also a stunning viewpoint of the area to catch your breath and take some shots. Overnight fees apply at the campsite equipped with toilets and picnic tables – you do have to BYO water. 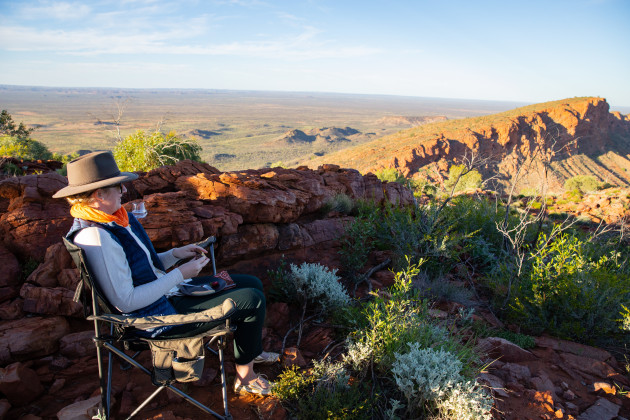 On top of the world from the East MacDonnell Ranges. Tourism NT/Oliver Eclipse

For more info on exploring the Red Centre click here.