There’s more to Uluru than you think! 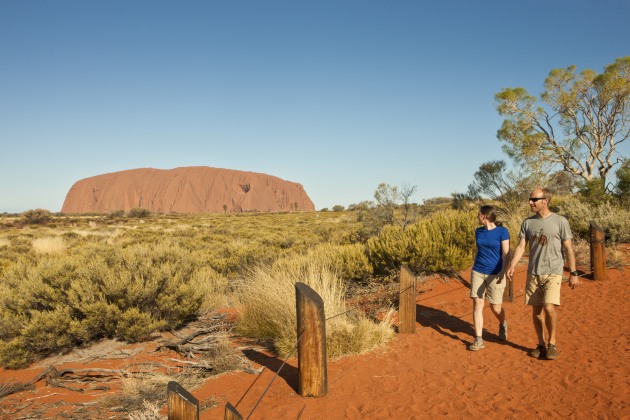 In part three of our three-part feature on the Red Centre's finest walking trails (click here for parts one and two) we head to the World heritage-listed Uluru Kata Tjuta National Park.

Its main masterpiece is the 550-million-year-old monolith, Uluru, however, that’s not all the park has to offer.

Follow the trail around Uluru on foot or bicycle or join a camel or motorbike tour. Foodies can dine in the desert for a starlit dinner organised by Sounds of Silence – a dinner unlike anything else!

Jump in the car and head to Kata Tjuta rock domes and try the wonderful walks in the area. 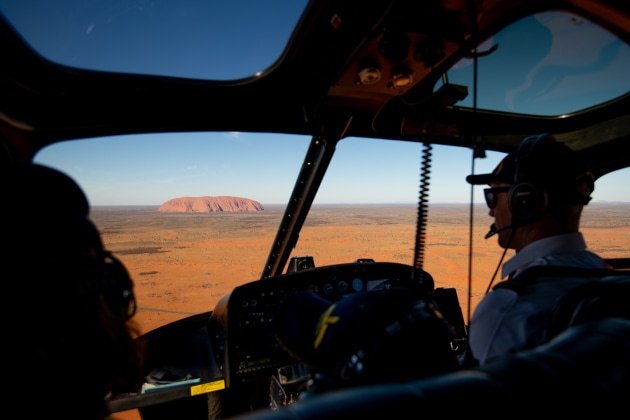 Here are our favourite walks.

Uluru Base Walk: 9.4km loop Take in the beauty of Uluru in this culturally appropriate walk that circumnavigates the base of the rock. Starting and ending at the main carpark, this easy trail is relatively flat and wheelchair accessible for most parts.

Take your time and explore hidden caves and crevices, relax at waterholes, under a sheoak tree, or rest at the designated shelters provided. Long stretches of the trail are exposed to direct sun so make sure you have a hat and enough water. 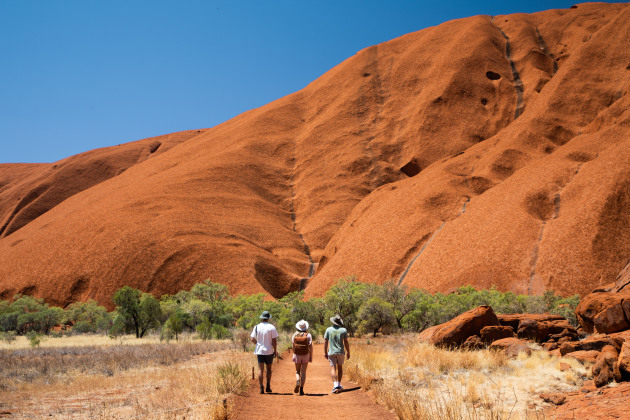 Walking at the base of Uluru: Tourism NT/The Salty Travellers

You can hire a bike at the main car park and do laps of the loop or take a guided tour to hear stories of the Dreamtime and learn about the 199 species of animals that call it home.

Valley of the Winds Walk: 7.4km circuit Starting and ending at the Valley of the Winds car park, the trail is steep in places but rewards you with the best views. After a gentle climb to Karu Lookout the trail takes a steep turn down between two domes to a flat clearing. 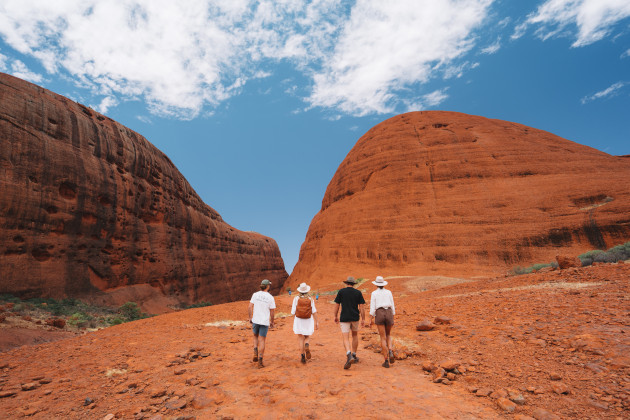 Continue onto a beautiful valley and saddle between two steep domes before reaching the magnificent Karingana lookout. Visit the creek bed before connecting back onto the return trail towards the car park.

It’s a favourite walk and one that many don’t do because it’s the longest. Bring loads of water, good hiking shoes and a hat. If you start early in the morning, you’re more likely to bump into a kangaroo on the trail. Also check out the Walpa Gorge Pass. 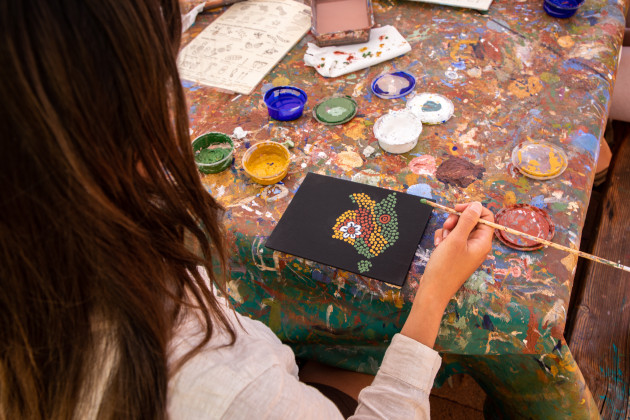 Check out the ultimate one week Red Centre hiking package and for more info click here.