Are you thinking of graduating from time-tested car camping setup to off-the-beaten-path wild camping?

Despite both scenarios involving sleeping in a tent, there are many differences between the two, and I’m not even talking about the frequently-discussed issue of gear weight (and associated expense). No, if you’re thinking of ditching the 4WD and striking out on your own two legs, there are a few other things you may want to consider. 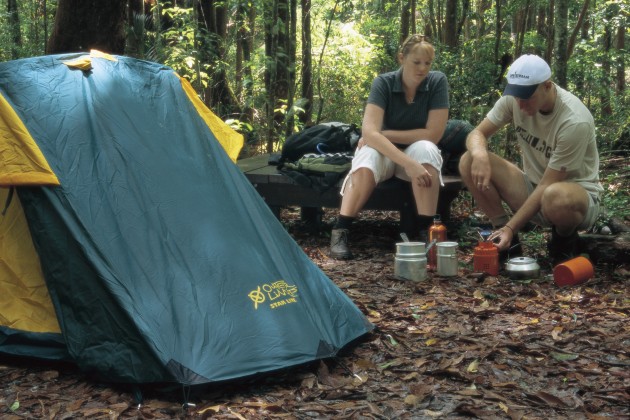 Tent If you’re a regular car camper, I’m guessing you own a large and comfortable tent for the purpose. It may be anything from a three-person Aldi special to an OZtrail mansion with multiple bedrooms, a living space, a water closet, study and billiards room. Either way, you’re going to have think smaller.

One or two-person hiking tents are generally limited to just the single room, unless you count the vestibule, which you don’t. You won’t be able to stand up to get dressed, so you’ll have to master the art of wriggling into your clothes, horizontally, preferably without touching the wall and transferring a night’s worth of condensation into your warm, dry clothes.

If you’re sharing with a friend with whom you don’t normally sleep, you may want to re-assess your concept of personal space; reverse spooning is a thing, and very useful in winter. On the other hand, your shelter shouldn’t take more than five minutes to pitch and stow, as opposed to requiring four people and a degree in civil engineering. And I know I said I wouldn’t mention weight, but not having to lug 10kg worth of heavy nylon, even from the car boot to a nearby patch of grass, is a definite advantage. 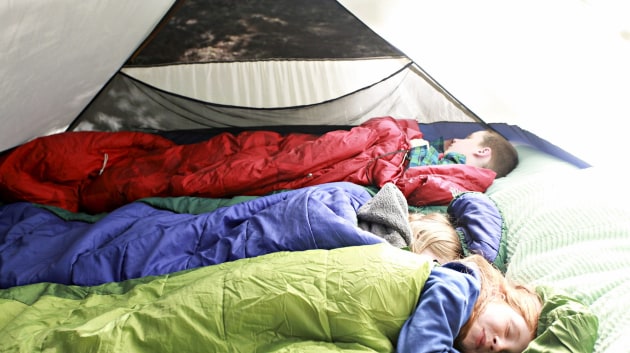 Bedding The downsizing of your Manchester is another necessity when leaving the firetrails behind. Whether you habitually use a roomy, synthetic sleeping bag that rolls down to the size of a hay bale, or simply bring a couple of doonas from home, your new bedding will feel more like a burrito or a chrysalis.

Now, if you’re a dedicated starfish sleeper this might be a problem, but some, myself included, prefer the feeling of being cocooned in fluffy down. You just have to master the art of turning over with the bag, rather than inside it.

It’s harder to put a positive spin on the mattress side of things, although if you’ve been scarred by a traumatic childhood school camping experience, you can lay those fears to rest (unless you’re one of the small cadre still using compressed foam pads, then fear plenty). Compared to the squishy slab of a Coleman airbed, lightweight sleeping pads leave you pretty close to the ground. Don’t get me wrong – the most modern iterations are technological marvels.

You won’t believe the thickness to what such a small package can inflate. However, if you’re a bony side sleeper, your hip might touch the ground. And you might roll off the thing. Sorry. 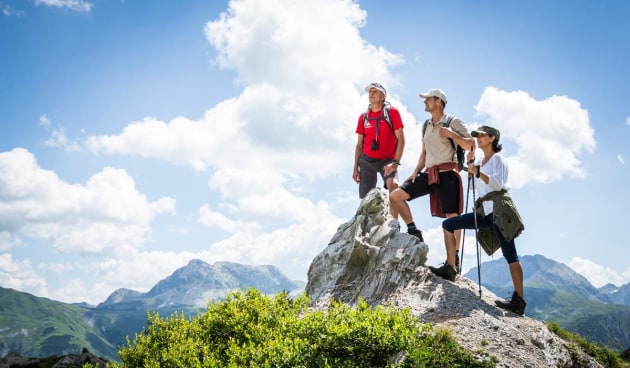 Space Closely related to the above point is one of space. So many families looking to escape the city for the weekend; so few easily-accessible, well-appointed campsites within reasonable distance. This equation just isn’t going to balance. It’s like trying to pour a quart into a pint pot, to use an old-fashioned metaphor, and guess who ends up getting wet?

Large groups of people like to spread out, and pretty soon it’s near impossible to thread your way back to your tent without tripping over guy lines every ten paces. Open up your tent flap in the morning and you’re likely to cop an eyeful of someone queuing for a bowel movement, or if you’re really unlucky, enjoying a bowel movement.

Then there are other things to worry about, like people going to bed and leaving their stupidly-large bonfires unattended.

Let’s return to that simple wooded glade. Sit beside the gentle, licking flames of your sensible campfire, and watch the shy marsupials venture closer than they’d ever dare back in the mayhem you’ve just left. Look! Is that a bilby or a numbat?

Get changed without having to worry that next door’s gaggle of goggle-eyed kids is watching. Honestly, the only reason to put yourself through that mayhem is if you’re attending a music festival. Go where the people aren’t. 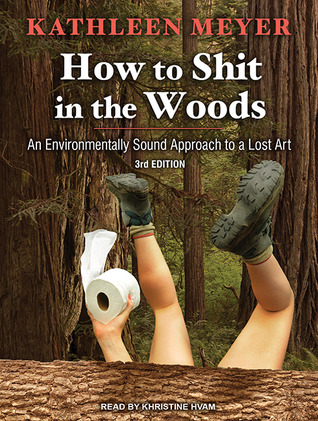 Toileting Okay, this was inevitable but let’s get it over with. Wild campsites don’t have fancy toilet facilities, or any toilet facilities for that matter. You may have got used to the lavatories at your regular escape, be they daily-cleaned, flushable thrones, or Windy Loo long drops hosting spider colonies with populations to equal the state capital. Either way, you’re about to take a step in a totally different direction.

Now, I’m not going into great detail here, but the basic procedure will require a) finding an isolated spot at least 50m from water, and with soft earth underfoot, b) digging a hole at least 20cm deep, c) squatting over said hole (good thigh strength is important), d) refilling the hole so no-one can tell anything untoward has gone on there.

Remember to plan ahead though. You don’t want to be leaving this process until the last second. This may sound traumatic for the uninitiated, but there are advantages. There’s no standing in awkward silence, toilet paper in hand, in a line of similarly driven individuals. There’s no, or very little, chance of encountering someone else’s detritus. In fact, some people positively prefer the outdoor experience to a smelly, much-used public cubicle. As long as your aim is good!